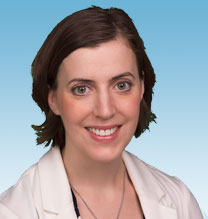 On November 23 the Court of Appeal released the family law decision N.R.G. v. G.R.G. 2017 BCCA 407. This is a very important case which dealt with a multiple parenting dispute between the parents of five children. At the time that court proceedings started the children were aged 11, 9, 7 and 3 year old twins. The parties unfortunately were engaged in contested court proceedings for approximately five years and at the time that the Court of Appeal reviewed some of the earlier decisions the children were aged 16, 14, 11 and the twins were 8.

The mother is a physician and the father was described by the Court of Appeal as being “highly educated and has worked in the banking industry and property development but was effectively unemployed at the time of trial and had been for several years”. This is a case where there were allegations of abuse on the part of the father, allegations of alienation on the part of the mother and evidence that both parents had behaved inappropriately at times in the presence of the children.

The trial judge had “seized” himself of the Court proceedings so all the Supreme Court proceedings had been in front of the same trial judge. The mother appealed two of his decisions on the basis that the trial Judge had not properly considered the best interests of the children and that he had demonstrated a reasonable apprehension of bias against the mother. The Court of Appeal did find that the trial judge had not properly considered the best interest of the children in some of the orders that he made and had been inordinately focused on the poor behavior of the parents as between the parents and trying to correct that behavior and direct their parenting which is not the role of a Judge.

The Court of Appeal criticized the trial judge in making several orders that “go beyond the role of a Judge under the Family Law Act and they made some important comments about the Family Law Act in B.C. specifying that “the Act does not contemplate that the details of parenting will be directed by the Court. The legislation does not provide for the Court to step into a guardian’s role”.

In my view this case may significantly impact the trajectory of family law in British Columbia because it illustrates the limitations of the Court system in these types of disputes. Out of Court resolution is expressly encouraged and promoted in the British Columbia Family Law Act in part for this reason. The best interests of the children is of course influenced and impacted by the behavior of the parents but ultimately the Court needs to be cognizant of the fact that it cannot “correct” the behavior of the parents or go too far in issuing parenting directives.

Leneigh is an associate lawyer at Pushor Mitchell and a member of our Family Law Group. Leneigh grew up in the South Okanagan and [...]

By Pushor Mitchell LLP September 17 2020
Categories: Firm News
On September 16, 2020, Choom Holdings Inc., a fast-expanding retail cannabis company that has established one of the largest store networks in Canada completed an acquisition of Phivida Holdings Inc.

By Pushor Mitchell LLP July 31 2020
Categories: Firm News
Angela Price-Stephens visited Kelowna for a few months in 1994 between law school and the start of her legal career. It took her 25 years, but she finally made it back.